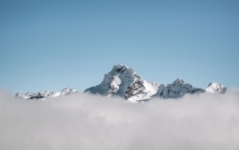 As is well known, many roads lead to Rome – and so there are also many possibilities and ways to bring medicines and active ingredients into the body. However, oral administration/intake has without question the greatest acceptance: thus, the oral intake of active ingredients is not only the best known and most practicable, but also the safest method. Let’s hold on and add: oral ingestion of CBD is safe, 100% – but is it effective? If one were to swallow CBD in its pure form, it would have little benefit. 100% safe, but tends to be ineffective? CBD (in pure form, meaning unprocessed) is very poorly soluble in water. Therefore, CBD in unprocessed form is actually hardly utilized by the body. However, CBD dissolves very well in oil (CBD is lipophilic, which means ‘loving the fat’). In addition, CBD not only dissolves well in various types of oil, the absorption by the body is also somewhat increased in oil-dissolved form even if far from ideal. In many conventional CBD products, CBD is therefore usually simply offered in oil-dissolved form. You may do this – as many suppliers also advertise – but you do not have to! The bioavailability*, as the expert says, is increased, but is only at most 10%. (*The bioavailability indicates how quickly and to what extent the active ingredient is absorbed by the body and is thus available at the site of action). With a bioavailability of approximately 10%, only a small portion of the CBD molecules ultimately reach the bloodstream to unfold their diverse positive effects in the body. So, there is a lot of room for development and improvement here. The reason for this is that the CBD dissolved in oil must pass from the gastrointestinal tract into the bloodstream. With the help of the bile acids and lipases found in gastric juice, a relatively small portion of the ingested CBD oil is broken down and dispersed (or ’emulsified’) into smaller droplets of oil. These small droplets are then better able to cross biological barriers. In this way, some of the administered CBD can then reach its destination in the body.

With the help of the latest findings from pharmaceutical-technological research, product developers have been able to enormously increase the active ingredient release of CBD in oil-dissolved form and thus also significantly increase the bioavailability of orally ingested CBD: in an aqueous environment, the CBD oil is broken down into micrometer-sized oil droplets (see figure) by a physical process and with the addition of a natural emulsifier. This results in a so-called microemulsion, consisting of micro-oil droplets. This results in optimal absorption of CBD in the gastrointestinal tract. Compared to orally ingested CBD oil, the micro-oil droplets are able to overcome the biological barriers of the body not only far more numerous, but also faster. Therefore, in addition to a greatly increased bioavailability, the time to onset of action is also considerably shortened.

Hemp Magazine interviewed Moritz Blank to catch a glimpse of the young start-up Orocan, and to learn more about the application areas of the Orocan CBD base powder:

Hemp Magazine: When oil-dissolved CBD hit the market, it was completely unrivaled for a while.  But then, within a short period of time, many alternative product forms entered the market. Why do you think that is?

Moritz Blank: At the moment, we are experiencing a real boom in hemp products. In addition, the versatile application areas of the various ingredients of the hemp plant are now being intensively researched. The market and medical research have, among other things, recognized one of these active ingredients – CBD- as a valuable and promising component of the hemp plant. Therefore, it is not surprising that the range of CBD dosage forms is increasingly expanding strongly, and intensive work is being done to increase the bioavailability of CBD. Furthermore, a growing social acceptance can be observed, caused by the medical benefits offered by this particular plant and its extracts, such as CBD. A close relative of the hemp plant, the hop, which also belongs to the hemp family, has been an integral part of our culture for centuries. We hope that in the future the hemp plant will experience a similar social acceptance, appreciation, and self-evidence in its use.

Hemp Magazine: Orocan is a fairly young company, like most companies that offer CBD products. What was your path like, starting with the enthusiasm for the active ingredient CBD to the final implementation of the company idea? Were there also hurdles/obstacles?

Moritz Blank: For me, it started with the fact that my father suffers from multiple sclerosis (MS), which is associated with severe pain and various other complaints. This results in enormous suffering. In his search for an effective pain therapy, he became aware of medical cannabis. As we all know, medical cannabis is subject to special regulations, which often makes its use in pain therapy difficult. Another hurdle is social acceptance, although this is slowly increasing. Nevertheless, the medical use of cannabis is still unjustly stigmatized in parts and classified as dangerous. Through treatment with cannabis, pain/spasms can be significantly alleviated. Inspired, I have dealt more intensively with the health-medical benefits of the hemp plant. This deepened my fascination and interest in the promising spectrum of effects of cannabinoids, especially CBD. Unfortunately, I quickly realized that our society does not fully exploit the potential of the plant and its image does not do it justice. Through regular trips to the USA, I witnessed the cannabis boom and the developments of the market there after the first waves of legalization and was motivated to also start something in this area. Thereupon I intensively exchanged ideas with a close friend, investor and later co-founder of Orocan. One thing led to another and a first concept for the start-up Orocan was born! We then got in touch with companies that had decades of experience in pharmaceutical process technology. With their help and expertise, we developed the Orocan CBD base powder using microemulsion technology to increase the bioavailability of CBD. Using a highly specialized and patented process, we have succeeded in encapsulating the CBD microemulsion in the form of a powder, thus producing a water-soluble CBD powder. This dosage form offers advantages over conventional CBD oil in terms of transport, dosage, shelf life and handling. Moreover, this process is not limited to CBD, but can in principle be applied to any cannabis extract, cannabinoid (CBD, CBG, CBC, THC) or terpene. Compared to commercially available CBD oil, in-vitro tests of our CBD base powder in simulated gastric juice showed a significant improvement in the release profile of CBD and an associated increase in bioavailability. As a result of these tests, we are now particularly convinced of our product and highly motivated.

What I, or rather we, definitely underestimated and what still presents us with challenges is the handling of the legal substance CBD from the perspective of the various countries and their individual regulations. Also, marketing is sometimes a bit “tricky” for the same reason.

Hanf Magazin: For those readers who like to use CBD, this question is probably one of the most interesting. What are the possible applications of the CBD base powder? What is the simplest form of application and what are the creative possibilities for use?

Moritz Blank: That’s the genius of the powder: there are almost infinite application possibilities. You can use the powder anywhere you would otherwise use the oil. Our customers can also test other forms of application, such as by dissolving it in water-based drinks or even mixing it into their favorite dish. The application possibilities have virtually no limits. The customer can use the powder individually for his specific needs, including a completely individual dosage. We are sure that we have not yet reached the end of the line in terms of possible applications and that there are still numerous other possibilities that we have not even tried out yet.

For example, we have already received feedback from our customers that our base powder has been successfully used on animals, even though we never developed the product specifically for animals. Users have told us that due to the very mild taste, the powder is much better accepted by animals than CBD oil.

According to most of our customers, they use the powder in their normal routines, e.g. as an additive in a juice, smoothie, coffee or tea, as a bath additive or also for application on the skin, e.g. as a poultice.

Hanf Magazin: OROCAN is basically a company that is at home in Switzerland, but also in Germany. Therefore, you probably also have the German market for CBD somewhat in mind. In Switzerland, the handling of CBD is very progressive and pragmatic, while in Germany CBD stores or even manufacturers have problems with the authorities again and again and the legal situation does not seem to be finally clarified. What is your perception of the situation and isn’t the German market a deterrent for you under the current conditions?

Moritz Blank: In general, we share the observation and also experience Switzerland as much more pragmatic and liberal in dealing with cannabis than Germany. For example, in the 2000s there were already the “Duftsäckle-Shops” and new laws are always implemented very quickly. We therefore expect full legalization in Switzerland quite soon.

In contrast, the European market and the general situation in Germany are very uncertain, untransparent and slow. We are watching very closely how the regulatory situation develops on the German and European level. In particular, the Novel Food Regulation of the EU is important for us to observe. That’s why we are also a member of various associations, in order to exchange information with other companies and start-ups and to lobby for safe and legal cannabis consumption for our end consumers.

Furthermore, the market is largely unregulated and there are many black sheep and free riders. We believe we need clear, regulatory measures to ensure safety and quality for consumers. This is the basic prerequisite for cannabis to finally be accepted and valued in the middle of society in the long term.

Hanf Magazin: If we look at global developments, we can assume that cannabis is being legalized in more and more countries. Would that affect your work? What other products could you imagine for OROCAN’s portfolio?

Moritz Blank: Especially as a small company, it is difficult enough for us to serve the few countries we currently supply. That’s why we are still a bit reluctant to expand our business to other countries, because you have to keep an eye on the legal situation in each individual country. We therefore want to concentrate on a few markets for now and fully exploit the local potential. We are still at the beginning of this path, but we are highly motivated and still have a lot of plans. Of course, complete legalization would open completely new opportunities for us. In principle, the microemulsion technology we use can also be used to convert all other cannabinoids, such as THC, into a water-soluble powder form….. We are basically very flexible and open for the time being and are also excited ourselves about what is still to come.